This past weekend, Mary Lewis, an old friend from college became our first visitor to Norway to stay with us at our apartment. We had a wonderful time together exploring Oslo, going to festivals, and during our last day together, learning about a Norwegian Explorer Thor Heyerdahl. Here is a pic of Mary Lewis and I exploring Oslo (using Rick Steve’s walking tour which was actually pretty great):

On Sunday night, we watched the newest movie about Thor Heyerdahl’s adventure on the “Kon-Tiki” in 1947 and then Monday while the kids were in school, we went to the Kon Tiki museum in Oslo where we saw the boat he helped build. (The movie was pretty good and is streaming on Netflix for free but unfortunately only in Norwegian. So, we rented the english version from  iTunes.)

In middle school, Thor told his teachers he wanted to uncovery scientific mysteries like that of Easter Island. After graduating college, he pursued his dream and spent a year with his wife on a Polynesian island where he developed a theory that some native Polynesians came from Peru to the West of Polynesia, 4,300 miles away. Scientists at the time believed all of Polynesia was settled from the East. In particular he heard of the legend of “Kon-Tiki” who came to the island on a balsa wood raft from Peru. After he was unsuccessful convincing others that his theory was plausible, he decided to test it out himself with a six man crew by building a balsa wood raft and then successfully sailing it on a 101 day, 4,300 mile journey journey across the Pacific. The Kon-Tiki museum has the original balsa wood raft and the supplies they used on it. Below is a pic of the ship- Doesn’t it look flimsy?:

A few crazy factoids about their journey:

After watching the movie and seeing the museum, I was stunned by how unprepared and how daring Thor was when undertaking the Kon-Tiki expedition and how incredible it was that they all survived that 101 day journey across the ocean. It was also humbling to know how little scientists knew in 1948 and how little we still know today.

A little under two weeks ago, I read a book about Roald Amundsen, another Norwegian explorer, and his adventures exploring the Arctic. I also got the chance to tour his home with the International Woman’s Club of Oslo. Below is a pic of a few of us by his statue by his house: 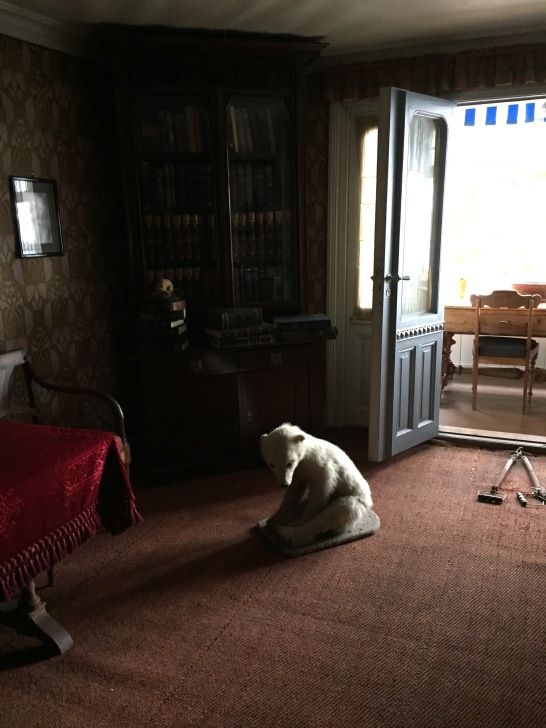 And here are a few bonus pics- Walking through his house really felt like walking back in time. It was amazing. From left to right and top to bottom- an outdoor porch area, his living room with the original furniture/lamps, the study where he planned his expeditions (and a huge map of the arctic), the outside of his home, the bathroom, and the amazing detailed painting so the wire matched the wall paper, and finally his bedroom (Norwegians still tend to have bedrooms just big enough for their beds) with port holes so he could feel like he was on a ship. 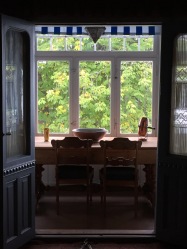 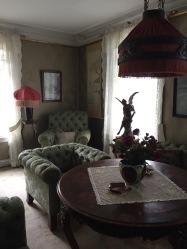 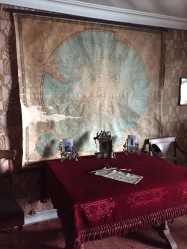 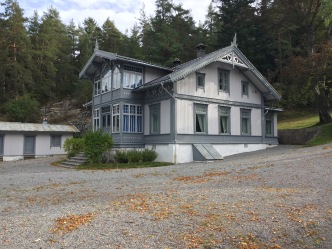 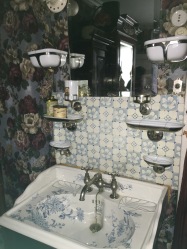 After we toured his home, we went to a cute coffee house and a friend ordered Norwegian waffles which Norwegian’s eat either with jam or brown cheese. (Waffles and hot dogs are evidently very Norwegian.)

Both of these trips have taught me again, how little I know about our world. I seriously had never heard of these two explorers yet in their time, they were world famous! It also made me realize that although I’ve always considered myself adventurous (I biked across the US in college!), I am much to risk adverse to do anything close to what Roald Amundsen and Thor accomplished! Those guys are crazy!

View all posts by dianapburk