Maddie has been taking piano lessons once a week after school, and she’s really starting to come into her own. Thanks to some sticker rewards from her teacher, and a used electric piano we found online, Maddie now practices every day, and really enjoys getting better at playing music. She’s got a wonderful repertoire that includes Jingle Bells, When the Saints Go Marching In, and Alouette, a song that she and Diana discovered is about plucking the feathers from a little bid.

Maddie has also taken up composition, and recently wrote her first song which she had Diana transcribe. She titled the composition “The Math Test”, because she explained that “it starts off easy and then it gets harder.”

All of this hard work recently culminated in her first concert, which you can see below. You’ll also see some of Maddie’s adoring fans—her sister, Ada and her friend trying to get front row seats.

This Sunday, we went to the Nasjonalmuseet in Oslo, the National Art Museum. It was a rainy day, but we really enjoyed this trip to a reasonably sized art museum that you could comfortably visit in a couple of hours.

This museum is famous for having Edvard Munch’s The Scream, and we had to get one of us to do the tourist pose. 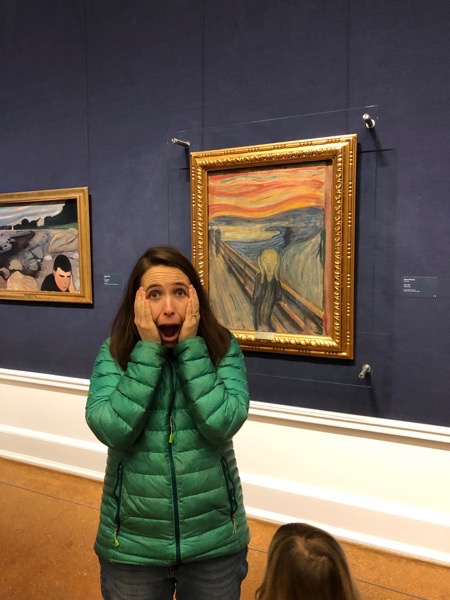 This was one of my favorite paintings— it also give a good sense of what things look like around the “twilight” hour of 3pm. 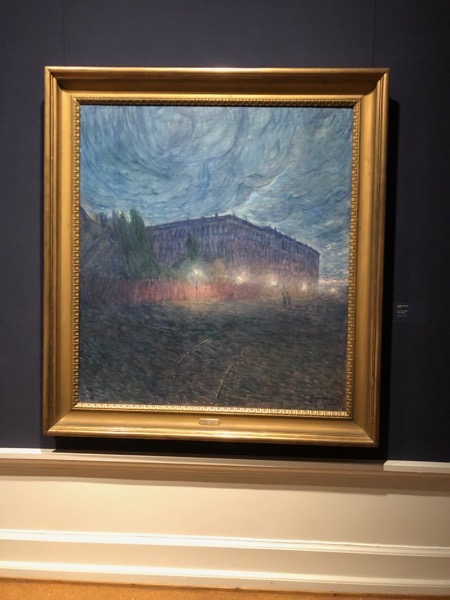 One of the coolest features of the museum was a drawing room, equipped with all the art supplies you needed to make a drawing of a scuplture of a mother and child in the middle of the room. Maddie had other designs on what do draw, choosing to draw Camille, the doll she recently got for her birthday. 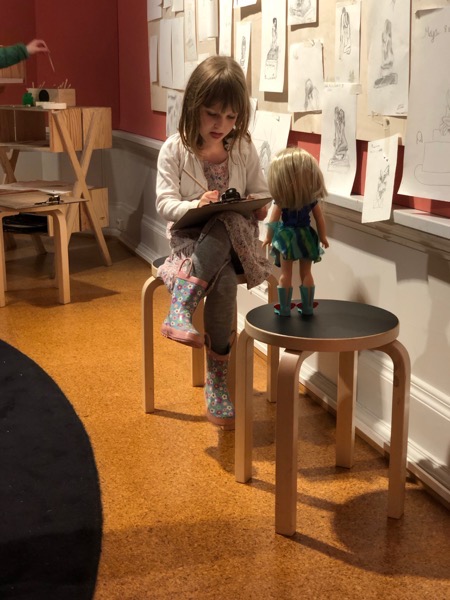 And here’s the finished product:

One more portrait of a young artist, hard at work:

And of course, Ada had to join in on the fun.

And a couple more paintings that we liked from a special exhibition of Harald Sohlberg.

Ever since we got on the airplane to Norway a week ago, Maddie has had a wiggly tooth that she has been talking about a lot. For the past few days, it’s been hanging on in her mouth. I’ve tried to convince her to let me pull it out for the last few days with no success. She just keeps wanting to play with and talk about her wiggly tooth.

Today, we went to hang out with Maddie and Ada’s Norwegian friends (the daughters of our AirBnB hosts) and apparently as they were playing the oldest daughter, Nora, told her to pull it out. I’m not exactly sure how she did this, since Nora doesn’t speak much English, but Maddie came running into the room where Eric and I were watching the World Cup to show off her new tooth and the corresponding gap in her smile. 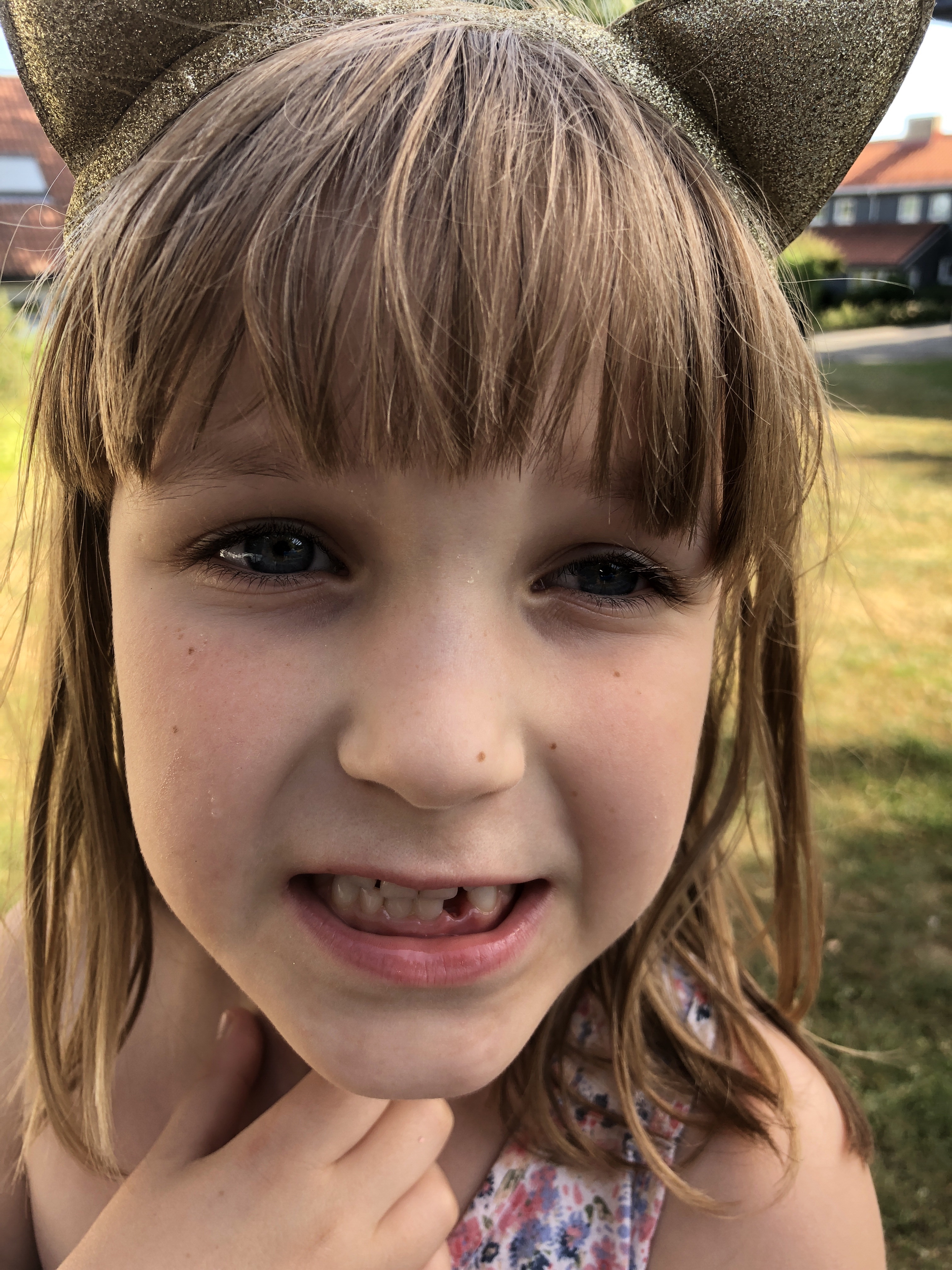 I asked Eric how much the tooth fairy pays for teeth in Norway, and he told me the going rate is 50kr (about $6.19), and has been going up, since the girls talk at school. It was 10 kr when he was a child.

I will add that Norway is as close to a cashless economy as I’ve seen. When I visited in March, I didn’t pay cash once. We visited the ATM earlier this week to get some money to pay for strawberries at the stand, but I later discovered that even they took credit cards.

All this is to say I think the tooth fairy is struggling to find any coinage to pay for teeth around here. So far, all I’ve seen is a small 5 kr coin. Maybe the tooth fairy should leave a note saying that when Maddie gets her Personal Number, she will send her some more money using Vipps (Norwegian Venmo). (The personal number is something like a social security number—it takes a few weeks to get one in the mail after tuning in a ton of paperwork, and is necessary for opening bank accounts, cell phone contracts, internet service and seemingly just about everything we need these days).

A few weeks ago, Maddie created this itinerary for our summer. Here’s what she put on it:

It’s going to be a great summer.